Last night I was named as one of the recipients of the Murrieta Chamber of Commerce’s “40 Under Forty” award, given out to the Valley’s young “Movers & Shakers.” Needless to say, I felt humbled and blessed to receive this award. Being that I turn thirty-eight tomorrow, I feel like I just squeaked in.

I’ve prepared a blog post to express my gratitude and appreciation for this great honor, but I’m not going to post it, at least not today. No, if you’re looking for a cleverly written piece that strikes the perfect balance between humble gratitude and appropriate self-promotion, you’ll have to visit another blog. If you’re looking for my feeble attempt, then please come back tomorrow.

Instead, today I’m going to post about the most significant title I’ve never received. But I’m open to it. In fact, I’m suggesting it. Are you ready?

Now before you write this off as just some middle-aged man’s attempt to get some “sugar” from his wife of seventeen years. Let me remind you, we have five kids; I get plenty of sugar. No, I proudly wear the title, Mr. Heidi Clark because she has allowed me to speak and write crap like this in front of thousands for the last seventeen years. And that’s saying something because while I love the spotlight she loves to shine it on others; being pulled into its glow is something she would rather leave to big-headed type A’s like me.

I first fell for Heidi because of her authentic faith, compassionate heart, encouraging voice and short skirts. (Not necessarily in that order.) Heidi was a cheerleader, and she still is. But she is so much more. She is counted as a close friend and mentor by many in our community and she is the CEO, CFO, COO, and CMO of the Clark enterprise. She joyfully serves her family with a steady skillset that would rival any c-suite leader I know. And yesterday, she outdid herself.

Last night, I couldn’t be in Murrieta to receive my award. I was in Boulder, CO to meet with the leadership of the Paterson Center, the organization whose process I use for Life Planning and StratOp. The meetings had been on my calendar for a long time and were not something I could change. So what did I do? I asked Heidi for just a little help. Now I didn’t ask for much.

And it’s not like I asked her to do this after a long week alone with the kids. Or to do it after taking our 3rd-grade son to school at 8:30 AM, our 6th-grade daughter at 9:00 AM and our twin kindergarten boys at 11:30 AM. (I hope I got those time’s right.)

And it’s not like I asked her to adjust her after school pick-up, homework, dinner, and transportation to dance/football routine.

And it’s not like I asked her to do this on a significant day, like say our four-year-old son’s birthday. It’s not like her public speaking endeavor complicated her plans to make his day extra special or caused her any guilt when the babysitter arrived.

And do you want to know what I received from her as a result of asking her for all this? Well right before the event she sent a text that said, “I love you and am proud of you! I’m glad to do this for you! I wish you were here!”

At that moment, while I missed her, I was glad I wasn’t there because I knew the audience would get to meet the best the Clark’s have to offer. After all, I’m Mr. Heidi Clark.

Honey, I know I didn’t get permission to post this. I hope I didn’t embarrass you too much. But before I publicly thanked anyone else for the incredible honor I’ve just received. I needed to give credit where credit is due.

I love you. I’ll be home tonight. How about some sugar? 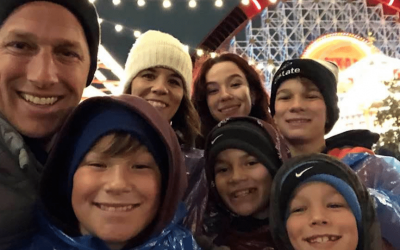 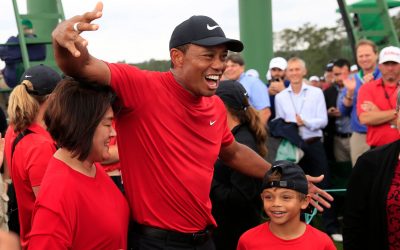